Can patent data predict the success of startups? 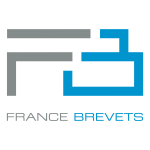 France Brevets commissioned a report by MINES ParisTech to assess the correlation between financier success on investing in a startup and the building of its patent portfolio.

Full report, in english, can be accessed on line.
A MINE ParisTech study prepared for France Brevets, under the supervision of Yann Ménière.
Can_patent_data_predict_the_success_of_startups.pdf (en)

The researchers addressed two questions:
– Are patents a good signal for venture capital (VC) investors?
– Is there a link between patent positions and the probability of success?

The results of the study were stark. In response to the first question the researchers concluded that a start-up with at least one patent before VC funding has a 50% chance of experiencing a successful exit within 10 years of receiving backing, while those without patents have a 30% chance.
After VC investment, the study found patent ownership to be associated with a 30% likelihood of success in the six following years, against 8% without patents, i.e. patent ownership was correlated with a 2.75 times multiplier of the chances of success by.
Having a larger patent portfolio and/or a portfolio of higher-quality patents was also found to have a significant correlation with the prospects of success.
The research therefore bears out the received wisdom that patent ownership makes a startup into a more attractive investment target for VCs. Furthermore, once a venture has received VC funding, investing some of that money in IP management and patent portfolio development is significantly correlated with a successful exit.