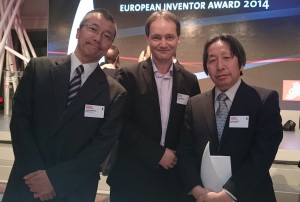 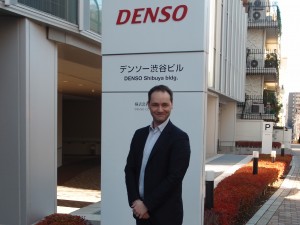 What started as an attempt to improve his employer’s logistics system ended up revolutionizing the world of the barcode. Hara’s black-and-white squares are now a common site on billboards and product packaging around the world. They create a link between the physical world and its virtual counterpart; the codes can be read anywhere and anytime, providing access to multimedia content.

The Popular Price is very special to us. The public can choose their favourite inventor among the 15 finalists shortlisted for the European Inventor Award. Although initially used for tracking parts in vehicle manufacturing, QR Codes can now be used by every owner of a mobile device to store and transfer information. It enhances our possibilities of communication, and its success underlines the huge popularity of mobile applications and the appreciation for inventions made available to the public at large.”
EPO President, Benoît Battistelli

It all started with a pack of chewing gum

In 1974, a pack of gum with the world’s first barcode exchanged hands over a store counter. Today, nearly five billion universal product codes (UPCs) are scanned every day around the world in retail sales. Nonetheless, these familiar black-and-white stripes, which are also frequently used outside of retail, contain no more than 20 alphanumerical characters and their combination options are limited. This restriction had to be surmounted to meet the requirements of an increasingly advanced information age.
Then, the problem found a solution: a team from the automotive supplier Denso Wave, a subsidiary of Toyota, developed a two-dimensional barcode in a project led by Masahiro Hara. The process lasted two years until the developers publically unveiled the now familiar square. At first, it was used exclusively to improve component tracking in automotive production – thus enhancing both efficiency and quality assurance. The inventor explains: “In contrast to linear barcodes, matrix barcodes contain both horizontal and vertical information – up to 350 times more data.” The 2D or “matrix” barcode not only offered more combination possibilities and a better data capture option than conventional UPCs, it could also be scanned faster and more efficiently. The QR Code was born.

Quick response (QR) codes are square in form and contain special patterns related to the object or item they describe. Scanners use these patterns to retrieve and assess code information twenty times faster than with UPCs. The QR Code conveys information based on the arrangement of black and white elements in rows and columns. Every dark or light component represents a specific instance of binary code, which stands for a 0 or 1.

QR Codes can be used to read approximately 7,000 numeric characters, as well as alphabetical characters, symbols, Japanese, Chinese or Korean characters, and binary data. In addition to item-related patterns and data, the codes contain an error correction pattern to correct distortions. An empty space or “quiet zone” frames the code and ensures that surrounding markings are not mistakenly interpreted as code.

From managing factory inventory and patient records to tracking biological samples, getting passengers from A to B with tickets and boarding cards, or as marketing instruments or informational aids in museums – Masahiro Hara’s invention has become an integral part of our daily lives. It only requires a smartphone and an app to link the physical world with its virtual counterpart: scanning a QR Code launches a webpage, a geographical location or a text message.

The QR Code is free for everyone to use and does not require license fees. Despite its free status, it is protected by trademark: the trademark always needs to appear with the code. The inventor, a key part of Denso Wave since its inception in 2001 is already thinking one step ahead: “Black and white codes have become so mundane now. I’d like to create more spectacular QR Codes that can stimulate people.”