• IP Europe, a non-profit entity that promotes fair compensation for innovation, balanced opportunities to enter the market, and high quality products at affordable prices for consumers.
• IP Europe sets the stage to promote policies that encourage investment in R&D and restrain technology free-riders from securing unfair access to inventions and R&D efforts made by others.
• IP Europe calls on European Institutions to maintain a high-level protection of intellectual property within the EU and with its trade partners in general and in the context of the Transatlantic Trade and Investment Partnership (TTIP). 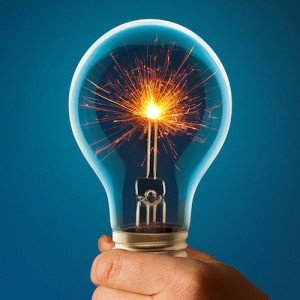 Airbus, Ericsson and France Brevets announced the founding of IP Europe, a consensus-based non-profit entity. The initiative is aiming at defending patents rights and protecting fair compensations for innovators, balanced opportunities to enter the market, and high quality products at affordable prices for consumers. IP Europe is supported by other leading innovators such as Alstom, the Fraunhofer Institute, and Orange, along with several ground-breaking European SMEs and research institutes.

IP Europe calls on the EU institutions to adopt industrial strategies – within the EU, with its trade partners and in the context of TTIP – that promote investments in R&D and innovation and that maintain a high level of safeguard for the companies’ intellectual property – all to ensure companies can continue to innovate and invest human capital and financial resources in R&D to the benefit of consumers, business and society.

As recognised by the European Commission, standardisation will be one of the pillars of the future Digital Single market (DSM). According to Boston Consulting Group companies in the mobile industry will need to invest $4 trillion in R&D and capital expenditure to meet the expected demand in connections by 2020. They will do so only if they can obtain a reasonable reward for making their technologies accessible for an entire new ecosystem.

To us, European SMEs, fair and balanced intellectual property rules must foster an environment beneficial for creativity and innovation. These rules must incentivize SMEs to create new inventions and give them ability to obtain the proper remedies when their inventions are infringed. Otherwise the free rider behaviors will prevail and innovative SMEs are likely to lose all financial means and incentives to endure our research efforts and create high-value jobs.

To invest in R&D it is crucial to know that inventors can obtain a reasonable reward for making your technologies accessible for an entire new ecosystem. Ensuring a virtuous circle of attracting, keeping and fairly remunerating innovators encourages market growth, and is a basic pre-requisite for the Digital Single Market.

IP Europe, founded by Airbus, Ericsson, and France Brevets, brings together research and development groups, European companies and research institutes who invested in innovation, SMEs and large companies, as well as non-profit research groups in many industries. All share a common goal: to maintain at all levels an effective protection of patents for those who innovate and to support equitable, reasonable, consensual and non-discriminatory policies that guarantee fair compensation. Other organizations are also contributing. The Fraunhofer Institute participates in the IP Europe project as an academic advisor. IP Europe is based on consensus and is a non-profit organization. The board of directors gathers a representative of each entity and at least one SME representative. Three working groups support the activities of IP Europe under the direction of the board.
Working Group on SMEs: SMEs play a fundamental role in innovation within ecosystems. They rely heavily on their R&D investments and their patents to innovate, grow and create jobs. They have a major role to play in IP Europe initiatives. SMEs account for more than 99% of all European businesses.
Working Group on Public Communication: for the coordination of IP Europe communications with the media. Working Group on Global Innovation: for developing collaborations and ad-hoc initiatives in close relationship with innovative players the United States and Asia. It brings together the allies of IP Europe, organizations and businesses that share the same spirit without necessarily being a member of IP Europe.

About the new US IEEE patent valuation rules: