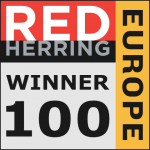 Red Herring’s Top 100 Europe list has become a mark of distinction for identifying promising new companies and entrepreneurs. Red Herring’s editors were among the first to recognize that companies such as Facebook, Twitter, Google, Yahoo, Skype, Salesforce.com, YouTube, and eBay would change the way we live and work.

“Selecting startups that show the most potential for disruption and growth is never easy,” said Alex Vieux, publisher and CEO of Red Herring. “We looked at hundreds and hundreds of candidates from all across the continent, and after much thought and debate, narrowed the list down to the Top 100 Winners. Each year, the competition gets tougher and we believe mobiLead demonstrates the vision, drive and innovation that define a Red Herring winner.” 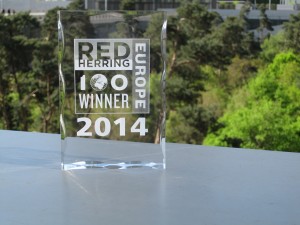 strategy and market penetration. This assessment was complemented by a review of the track records and standings of similar startups in the same verticals, allowing Red Herring to see past the “buzz” and make the list a valuable instrument of discovery and advocacy for the most promising new business models in Europe.

Since 2008, mobiLead develops and operates an exclusive NFC and QR Code cloud-based Tag Management Platform that makes linking upwards of billions of individual manufactured objects, products packaging, and documents to value added online services cost effective and secure. The company is strongly focused on meeting the unique requirements of production printers, CPG companies, and manufacturers. The mobiLead QR+ system was designed from the ground up to support large scale, optimized printing, marking and tracking of QR Codes on billions of unique manufactured objects, documents, and consumer goods using today’s and tomorrow’s variable marking and printing technologies.

mobiLead is an expert group leader on NFC, QR Code and the Internet of Things (IoT) at AFNOR, the French national organization for standardization and its International Organization for Standardization member body (ISO).
mobilead is a member of W3C and participates in GS1 Working Groups.